Why journalism schools and students must continue to evolve 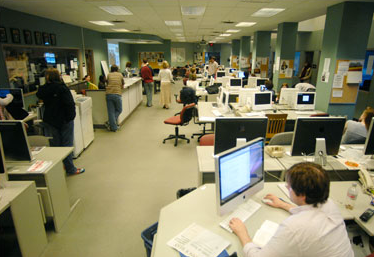 There has been lots of discussion in recent months by media thinkers and journalism funders about the relevance of getting a degree in journalism.

But not everyone agrees. Emory University announced earlier this fall that it plans to close its journalism program, saying it is a “pre-professional program” and therefore “not an easy fit” in a liberal arts environment. Poynter, on the other hand, has defended journalism education as a way to teach students to develop curiosity.

Important to note is that these thinkers aren't saying the skills learned in j-schools are irrelevant. Rather, they argue many journalism programs aren’t keeping up with the demands of a continuously changing industry.

What the Poynter eyetracking study means for tablet publishers

By Dalton Barker
Poynter recently conducted a study that tracked the eye movement of people reading and navigating through three tablet layouts.

So, what does this mean? We already know the shift toward digital is coming and, in many places, is already here. Look at Thursday's headline about Newsweek. Instead, the question becomes, How do online publishers maximize the tablet experience? Poynter's study shows online news can be tailored to individual users, but making sure that happens is one of publishers' biggest tasks.

LIVEBLOG: Highlighting the work of the Missouri Honor Medal recipients

5:05 p.m. All meeting guests are signed in and have cupcakes!

5:15 p.m. Davison also looked at Adam Moss, editor-in-chief of New York Magazine. Under his tenure, the publication has won more awards than any other magazine, and it "publishes new content every six minutes," according to the Nieman Journalism Lab.

ONA Mizzou Treasurer Stacey Welsh also gave the lowdown on columnist Mona Eltahawy, who writes about Arab and Muslim issues. She lectures about how to use social media effectively in those communities.

5:21 p.m. A video was played that discussed Eltahawy's arrest for spray painting over anti-Muslim messaging in a subway. 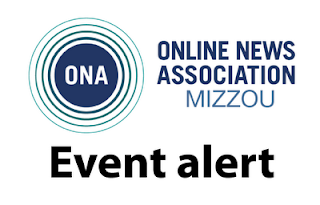 The Missouri Honor Medal recipients are coming to your classes, but do you know why? Spend an hour with ONA Mizzou to find out who the honorees are and why the Missouri School of Journalism has chosen to recognize their work.

The ONA Mizzou student leaders will show you the notable achievements of each recipient to prepare you for when they speak on campus.

You can also win door prizes, eat cupcakes and learn about how to get involved with the school's digital journalism club!

The following letter was submitted June 14, 2012

Choosing to become a journalist in a time when there's very little security in the industry already requires a passion and a leap of faith worth applauding. It's a high-demand, (generally) low-paying field, but it's one of the most rewarding career paths out there. You're changing lives, making personal connections, telling stories and exposing truths. It takes a great amount of commitment and drive to succeed in journalism in 2012, but if you're at the Missouri School of Journalism, you're already forging a path of success. I offer advice not as a journalism veteran, but as a reporter with three years of experience surviving in an exciting and volatile media world.

Always, always take the extra work. When you land your first internship or job - or even while at the Missourian or Vox - you will stand out if you raise your hand. It's not about just camping out at Lee Hills Hall for face time. When your editor/boss/superior asks who will take on the extra story or work a Saturday shift, volunteer. Sure you'll whine and grumble to your friends when they're headed to tailgate on Saturday and you're rolling six notebooks deep, but the extra effort is what bosses notice. Be the person who's willing to step up and take the unwanted work without expecting extra compensation. It's a tough business out here right now, and it's the people that haven't become complacent that most often hold onto their job.