Ask the newsroom: 7 editors and reporters from The Los Angeles Times share tips for young journalists 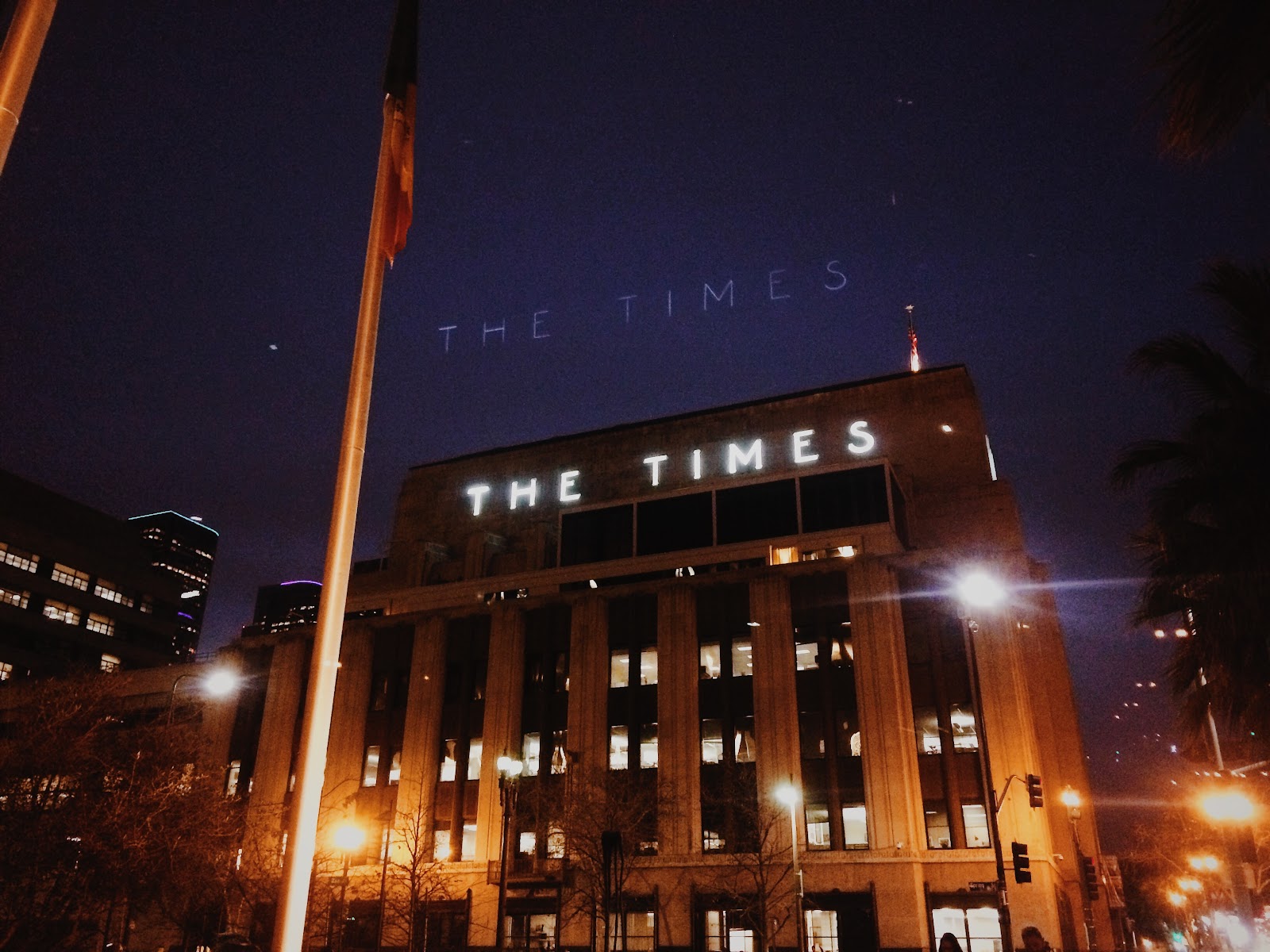 We asked the question, “In the increasingly digital and changing landscape journalism finds itself in, what advice do you have for young people entering the industry?”

“As far as my advice for people entering the industry, I think this is going to sound really basic, but learn the basics. Because no matter what we do, no matter what the technology is, there are certain things that are eternal, and that’s accuracy, and fairness, and noun-verb-noun. Those are eternal, and you can’t do the fancy news-stuff unless you really know the fundamentals. I would give you a musical analogy: it’s like a musician knowing their scales and their arpeggios. You know those, you can do anything. You can play boogie-woogies, you can play Beethoven. And if you really know the basics of reporting, have a solid ethical core, you can do anything.”

“I think there is no longer one linear path to getting into the media industry. Before, maybe 15 or 20 years ago, you would start at your local newspaper, then you could move up to a regional, then a national, then go do something like a CNN or New York Times, or something like that. But now, I think that with media being increasingly splintered and distributed across social media platforms and away from traditional hubs, I think that you need to become more creative and more non-traditional in the ways you incorporate storytelling and journalism into what you do. So for example, I think you need to be really interdisciplinary in the ways you connect business with journalism or computer science with journalism or arts with journalism. So that you’re no longer just saying, ‘Hi, I’m Tessa and I’m a journalist.’ You say, ‘Hey, I’m Tessa and I’m a computer science journalist,’ or ‘I’m a journalist with a business background who’s helping to start a small start-up,’ or something like that. So I think that you really need to mix and match your skillset and not say that you’re just a journalist, but be able to say, I’m a journalist who mixes it with other passions that I have.”

“My advice to you is to diversify, meaning, everything: your friends, your interests, how you think. I think the more things you’re interested in, the different kinds of people you surround yourself with, you just grow as an individual and you’ll learn so much. And from there, you’ll pick up lots of different kinds of stories, interests and just better yourself. Have a diverse range of friends so you can learn a lot of different things from different types of people. Diversify your interests so you can grow in things beyond what you would commonly think you’d be interested in, and diversify your location, meaning, travel.

And also, be able to sell yourself in a single sentence. You’re going to find that you’re going to have to be introducing yourself to strangers all the time, whether it’s potential bosses, potential sources, potential new audiences, whether it’s on Twitter, whether it’s at a bar, whether it’s at a conference. You should be able to tell people you’re really good at one thing or that you’re known for doing one thing, and people are going to know you as someone who’s really good at covering criminal justice, or the person who’s really good at covering reproductive rights. If you do that, it’s essentially a business card, and it’ll gain you access to all these spaces and all these publications who are interested in hearing about those sort of issues and who want somebody really skilled to cover that. So just be really good at one thing and be able to sell yourself at that one thing. You have to be your own salesperson. And especially if you don’t know what’s going to be going on in 3 or 4 years when you graduate, or whenever you graduate, you’re going to have to be able to adapt. So as a result, you’re not going to be able to have that kind of institutional support that you may have been used to when you were at school, at Mizzou, where you have this infrastructure around you to help you out. So you have to really learn to kind of hunt what you eat. So, be able to sell yourself, be able to report and you’ll do fine."

“Learn how to adapt. I think that is the biggest thing in this digital world we live in. No longer are we just reading through a newspaper or television. People want everything instantly, or anything new that gets someone the news as quickly and accurately as possible — whether it’s social media or the internet, anything that’s new that catches people’s attention. And like I said, it always changes.

“My advice is to experiment with different tools and find one that you can do pretty well, but try them all out. Someone gave me that advice once, that you don’t have to be the master at Twitter, you don’t have to love it, but you should learn how to use it and try and see its potential. And it can be overwhelming at times because there’s so much. I think it’s important to find limits. So how do you shut things down at times as well?

The ones I’ve really liked using, Screendoor and Google Forms, aren’t Facebook and Twitter where it’s all out there — those are fantastic. I actually like these because I like to be able to collect information often and work with it and then try and organize some of the data. So that’s just one of the ones that I’ve focused on in our newsroom.”